Our customers can expect the following services form our PPC Marketing Agency located in Delhi, India.

Effective ad creation: We work together with you to produce the best performing advertisements which get higher conversions.

Landing page conversion: If need be, we'll make a landing page in your site tailored to get the visitors who have clicked the PPC ads on various ad platforms.

A/B Testing: We'll create A/B testing comparisons to test different ads' strength. This will allow us to run the most effective ads and remove the lower performing ads. 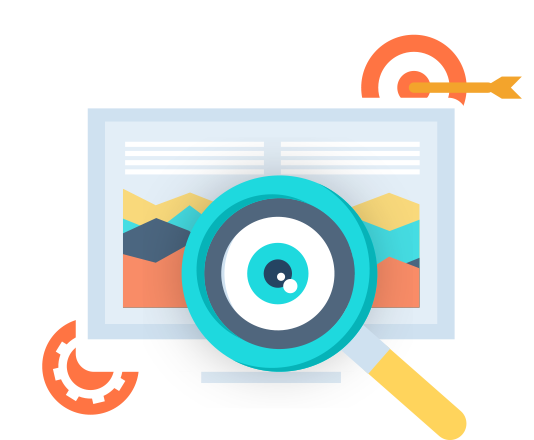 Remarketing Ad campaigns: Reconnect to past website visitors who have shown curiosity about your products or services. Using a remarketing ad campaign can help increase ROI by increasing sales or potential customers.

Detail ROI Reports: There is some excellent conversion tracking features within the Google Ads, Bing Ads, and other Pay-per-click services. We analyze the data and generate a customized report highlighting the essential information.

Video Advertising: Video advertising is promotional content that plays before, during, or after streaming the content. It is among the most popular ways to reach online visitors.

PPC remarketing: PPC remarketing is a way to re-engage potential buyers who have already shown interest in products or services. It helps the customer to remind about the products.

What is the meaning PPC?

PPC stands for Pay-Per-Click marketing. It is a Search Engine Marketing tactic and one of the most potent tools for paid and promotional advertisements. In a PPC service model, the client pays a fee to the service provider, only if someone clicks on their ad.

A PPC advertisement is the best way to increase your website's traffic, increase the amount of your product or service sales, and your online visibility while being very cost-effective. 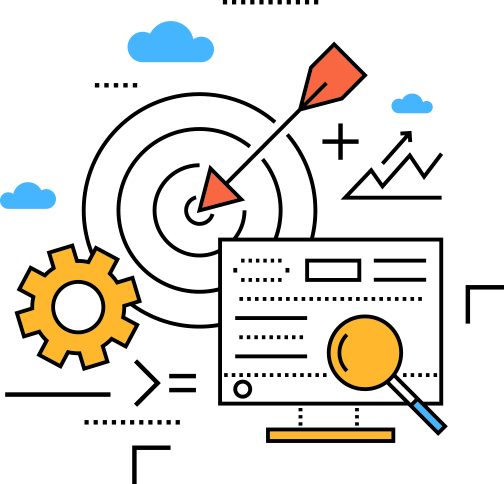 PPC Advertising can further be divided into two major parts:

Search Engine Ads: These advertisements are the search results that appear on the top of a search engine's result page.

What are the benefits of PPC Advertising?

We believe pay-per-click advertising is truly instrumental for your online growth. If your services and products are excellent, you will have a low bounce rate, and you would be able to maximize your profits due to PPC Ads.

Paid advertising services like PPC would help you become more competitive in the market and significantly increase your online presence. PPC Ads would make your product's details and website's name visible on the top of the search results of many customers that may not have known about your brand's existence otherwise. It gives you the chance to increase the leads you get and to increase your sales significantly.

If someone calls PPC Marketing a shortcut to probable success, they would not be wrong. PPC advertisements can also help you get a better rank for challenging keywords or key-phrases. A good PPC Campaign will surely get you increased brand awareness and become an essential part of your digital marketing strategy.

What are the Top PPC Platforms?

1. Google Ads for Pay per click marketing: Google is the best platform to have paid advertisements. It gets 3.5 billion search queries in a day; hence it is not hard to guess why Google is at the top of our list. Google Ads were initially known as AdWords, but that name changed in 2018, and Google Ads was brought up. The only disadvantage that Google Ads have is that they are usually more expensive than paid advertisements on other platforms. It is because of the high competition that keywords face on Google searches.

2. Bing Ads: After Yahoo! and Bing combined their search engines, Bing got a better audience reach and more search queries per day. It reportedly gets 12 million queries each day, which is far behind Google, but it gives a cheaper cost per click.

3. Facebook Ads: With over 2.5 monthly active users, Facebook is one of the top platforms for paid advertisements. An advantage that Facebook has over other PPC Ad services is that it shows targeted ads. It collects data about a user's interests, location, and behavior and shows advertisements based on them.

4. Instagram Ads: As of June 2018, Instagram had over a billion active monthly users. With the most-followed people on the planet using Instagram regularly, it gives brands a great way to reach the audiences through these famous personalities or influencers.

5. Twitter Ads: Twitter Ads make it to the top 5 because of their specialty in showing highly targeted advertisements to its users. Promoted tweets on twitter are comparatively cheap and insanely focused, making it an excellent choice for paid promotions.

Other popular PPC platforms are:

Is PPC Advertising Worth it?

Digital Marketers and brand owners usually have the following doubts about paid ads and PPC Marketing. Why should I pay for advertisements to get a better audience reach organically through a good Search Engine Optimization (SEO) and unique content? Is PPC Marketing even worth it?

Firstly, yes, PPC Marketing is worth it. According to a study, for every 1 dollar spent on Google Ads, the businesses made an average of 8 dollars. PPC services reduced promotional expenditure by 33 % while maintaining the volume of traffic consistently. These facts are enough evidence to prove that the financial gains a business would have if they opted for PPC Marketing services would be significant.

Now, the reason a business should think beyond Search Engine Optimization is that the competition for keywords has increased these days significantly.

Therefore, businesses without domain authority find it very tough to get on the top ranks on a search engine like Google. Companies with fewer followers on social media don't have the reach to attract enough customers. Hence, in such cases, PPC services are of utmost importance and very advantageous.

We hope the above article helped increase your knowledge about PPC marketing services and provide you with a greater insight into the reasons to use them if you are a digital marketer or a business owner.

Don't forget to check out our website for other digital marketing services provided by us.